Magna Carta Libertatum, one of the most important written texts in the world, means 'the Great Edict of freedom' when we translate it from Latin to Turkish. For the first time the King's powers were restricted by this treaty. The King had to give up some of his rights, and by this treaty basic rights and freedoms were gained. Political science experts say it is the first time that democratization breakthroughs have begun with this agreement. Magna Carta consists of 63 items and has four copies that have survived to the present day. These copies are preserved in the British Museum, sallisburg and Lincoln cathedrals.

(Representative picture of John The King without a residence)

In the years 1213-1214, King John II of France. John The Patriot, who entered the Battle of Normandy with Philippe, was defeated. He wanted to increase taxes to cover the war costs and the war reparations he had to pay, but the Barons, annoyed by this, rebelled. When King John the homeless was unable to suppress the rebellion, he was forced to accept the Magna Carta made between the two sides. After the proclamation of the Magna Carta, John the patriarch, Pope John III. With the support of innocentius, he annulled the Magna Carta. The Barons rebelled against this incident, and I. The Battle of the Barons has begun. Following this battle, texts close to the Magna Carta were signed.

Note: due to the lack of a written constitution of the United Kingdom, some articles in Magna Carta are still in effect.

Article 1: First we have dedicated to God, and now by this edict we have affirmed in the name of us and all our successors that the Church of England shall be free, no restrictions shall be made on their rights, and the integrity of their liberty shall not be touched.

Article 7: a widow shall receive her inheritance immediately and without hindrance as soon as her husband dies. After her husband's death, she would be able to stay in her husband's house for forty days, during which time her dowry would be allocated to her.

Article 8: No widow shall be forced to marry as long as she wishes to remain without a husband.

Article 9: neither we nor our officers shall confiscate the land or annuity of the debtor as long as the movable property is sufficient to pay the debt.

Article 20: a free person can only be fined for a minor offence. The penalty for a felony will also be appropriate to the crime, not large enough to prevent the person from living.

Article 38: No officer in the future shall bring a person before the court on the basis of his or her own statements without providing credible witnesses.

Article 39: no free person shall be imprisoned, deprived of his rights and property, exiled or otherwise subjected to ill-treatment without being legally judged and convicted according to the laws of the country. We will not use force on any free person and we will not want others to use force.

Article 40: we will not sell, deny or delay rights and justice to anyone. 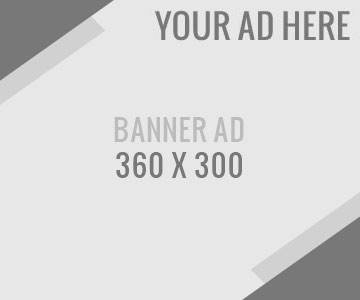